México Mi Amor: A Curated Guide to Eco-Travel in México

Mexico is one of the top 10 places in the world for international tourism thanks to its ecological diversity, ranging from dry deserts to dense rainforests—not to mention all the otherworldly historic sites woven into its natural terrain. In recent years, with the trend of ecotourism on the rise, Mexico has become an increasingly attractive destination with more than enough to offer eco-travellers with its 31 diverse states. After an entire year's worth of travel opportunities missed due to the pandemic, I decided to travel back home to Mexico in 2021 and revisit the authentic charms a country like Mexico has to offer, the kinds of which we often take for granted in our fast-paced and highly commercialised lives.

The opportunity to go on an adventure, log off for a while and support some of the conservation efforts in my home country simultaneously sounded like heaven compared to the limbo of neverending quarantines and Zoom meetings. After doing some research on how to consciously travel, I gathered an itinerary of activities, attractions and other destinations where entertainment and leisure are combined with respect towards the environment. Here is my short, curated guide on the hidden gems of Mexico. 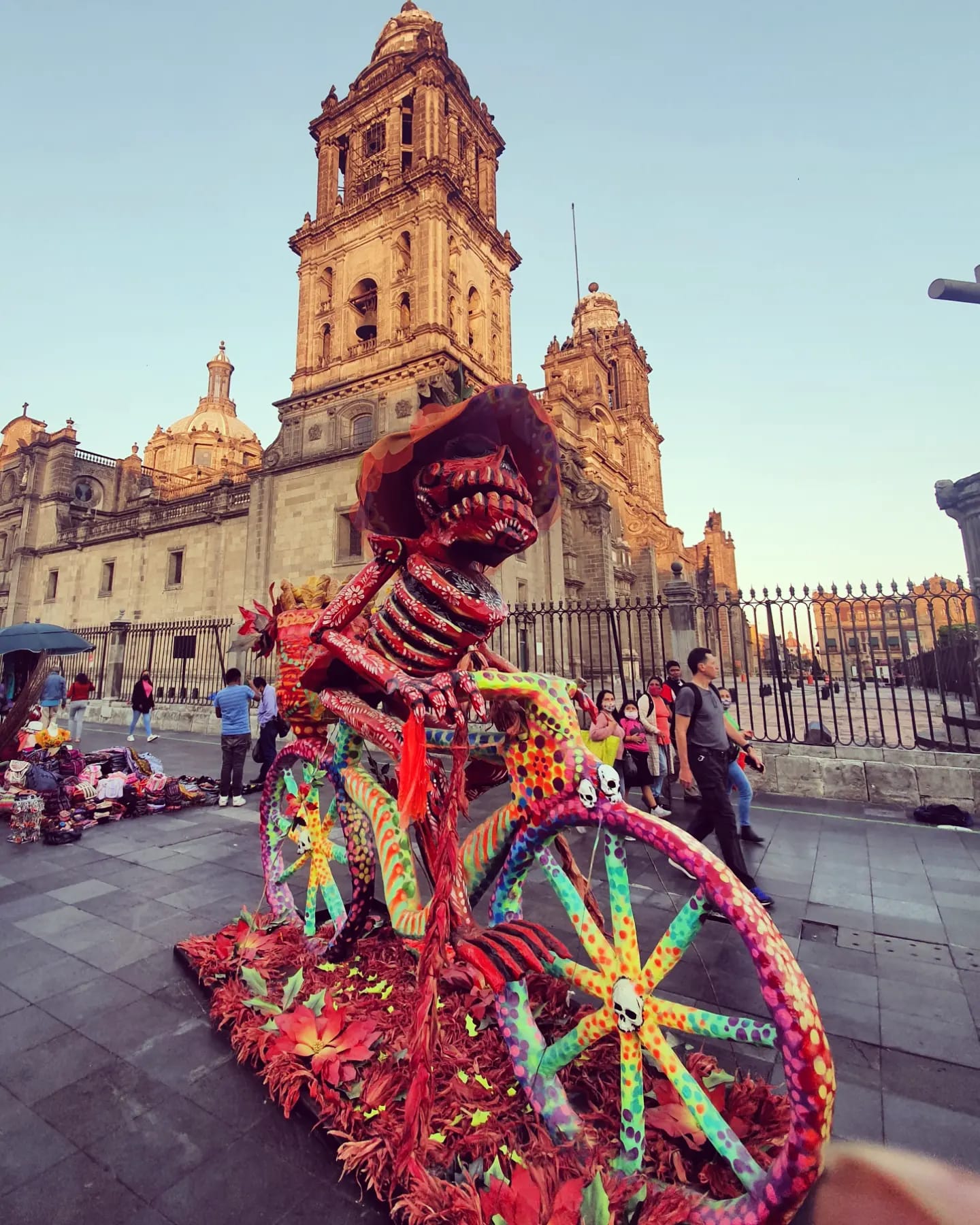 With more than 14 million inhabitants, the bustling capital of Mexico is full of historical sites such as Zocalo, the Metropolitan Cathedral and the Great Pyramid of Tenochtitlan. This great city also offers a variety of ways to support locals through its incredible ecological reserves, markets and restaurants.

Known by many but well known by few, this ecological reserve highlights 237 hectares of undisturbed natural habitat. It emerged about 670 years ago after the eruption of the nearby Xitle volcano. Approximately 300 species of plants and animals thrive atop the volcanic rock.

Los Loosers is the brainchild of Mariana Blanco, an ex-journalist with a passion for bicycles and vegan food. The double O’s in the name is a nod to bicycle wheels as her business started in 2011 as a vegan food delivery service by bike in Mexico City. She now owns a restaurant in Colonia Roma where you can taste the most succulent meat-free Mexican cuisine that ranges from vegan chilaquiles with blue corn tortillas and black bean dip to Mariana’s mushroom-based pozole, a stew usually made with pork, which she adorns beautifully with edible flowers.

Produced by an all-female micro-distillery in Mexico City, Condesa Gin is a hand-made spirit that celebrates Mexico’s abundant flora. Incorporating herbs and flowers traditionally used in cleansing rituals, Condesa Gin presents a spirit infused with Palo Santo and myrrh that leaves a warm, meditative and slightly bitter taste on the palate. 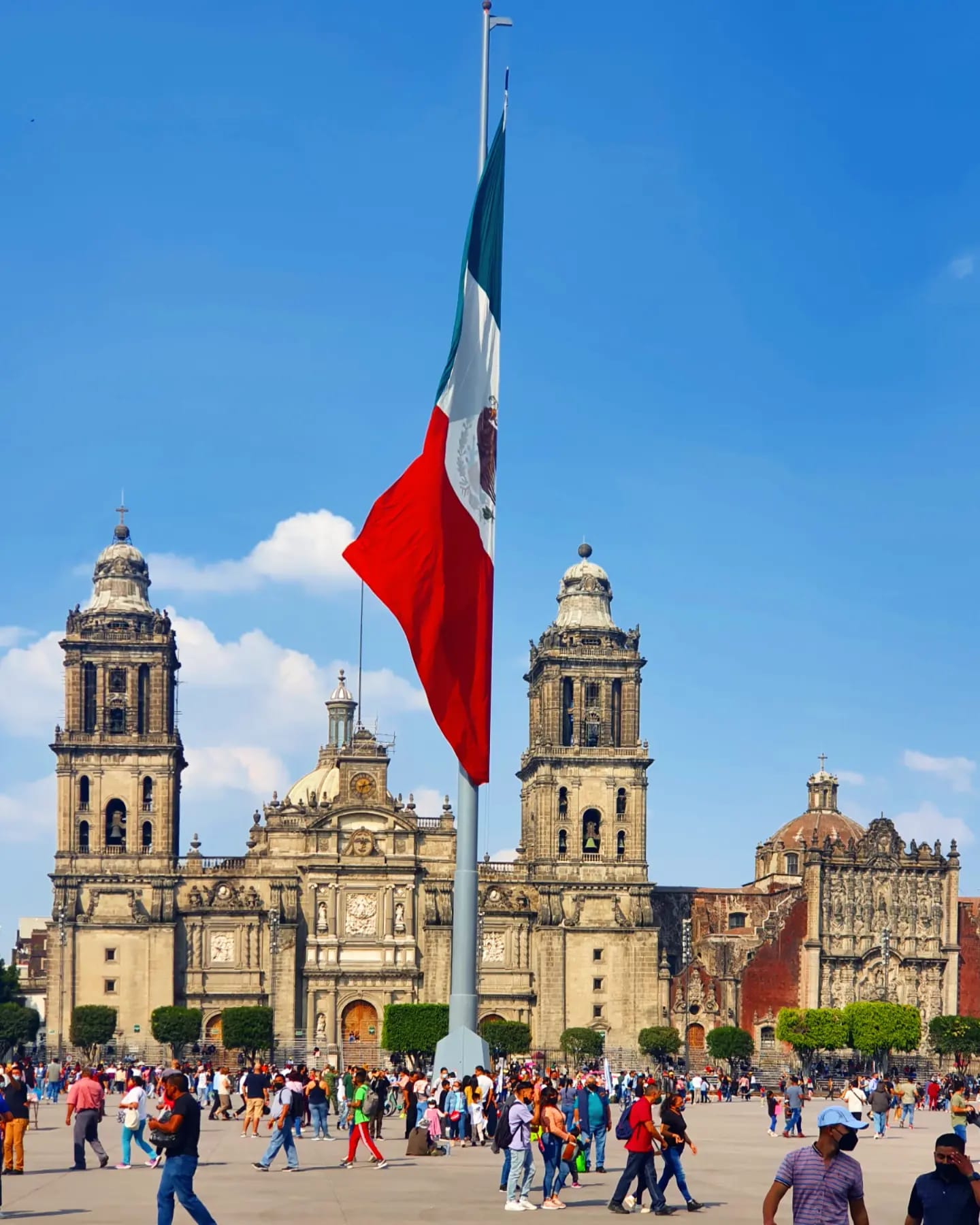 Home of tequila and mariachi music, this city is rich in culture and has plenty of monuments and landmarks to explore. If agrotourism is more your style and tequila is your drink of choice, be sure to check out the local agave fields and tequila tours.

A UNESCO World Heritage Site, El Volcán de Tequila reaches a height of 3,000 metres above sea level and grants a great variety of microclimates and vegetation, starting with agaves on its slopes and dwarf oaks on higher elevations. At the centre of the crater is a 50-metre high rock known as La Tetilla where exotic orchids grow. The volcano is completely inactive and allows sports such as mountaineering, mountain biking and skydiving.

With a capacity of only 28 diners, Xokol is an exclusive antojería whose mission is to cook Mexican recipes using ancestral techniques surrounding the star ingredient of criollo corn. The restaurant welcomes you in the traditional way: you’ll be given a glass of water and a rolled tortilla accompanied by salt and sauce. There are no first courses or main dishes. The menu is divided into salty and sweet, and everything contains corn. Get a few dishes to share and enjoy one of the best indigenous cuisines in the world.

Made in Tequila by Casa Orendain, this liqueur is made from quince and is known for being loaded with fibre and vitamins A, B and C. Taste-wise, it is similar to regular tequila but sweeter, more like a digestif. Crema de Membrillo Orendain can be consumed straight at room temperature or cold with ice. Extra shot: when in Tequila, pay a visit to La Mexicana, Tequila Ordendain’s distillery, where you’ll learn the history of Tequila, visit their production line and enjoy exclusive tastings of their products. 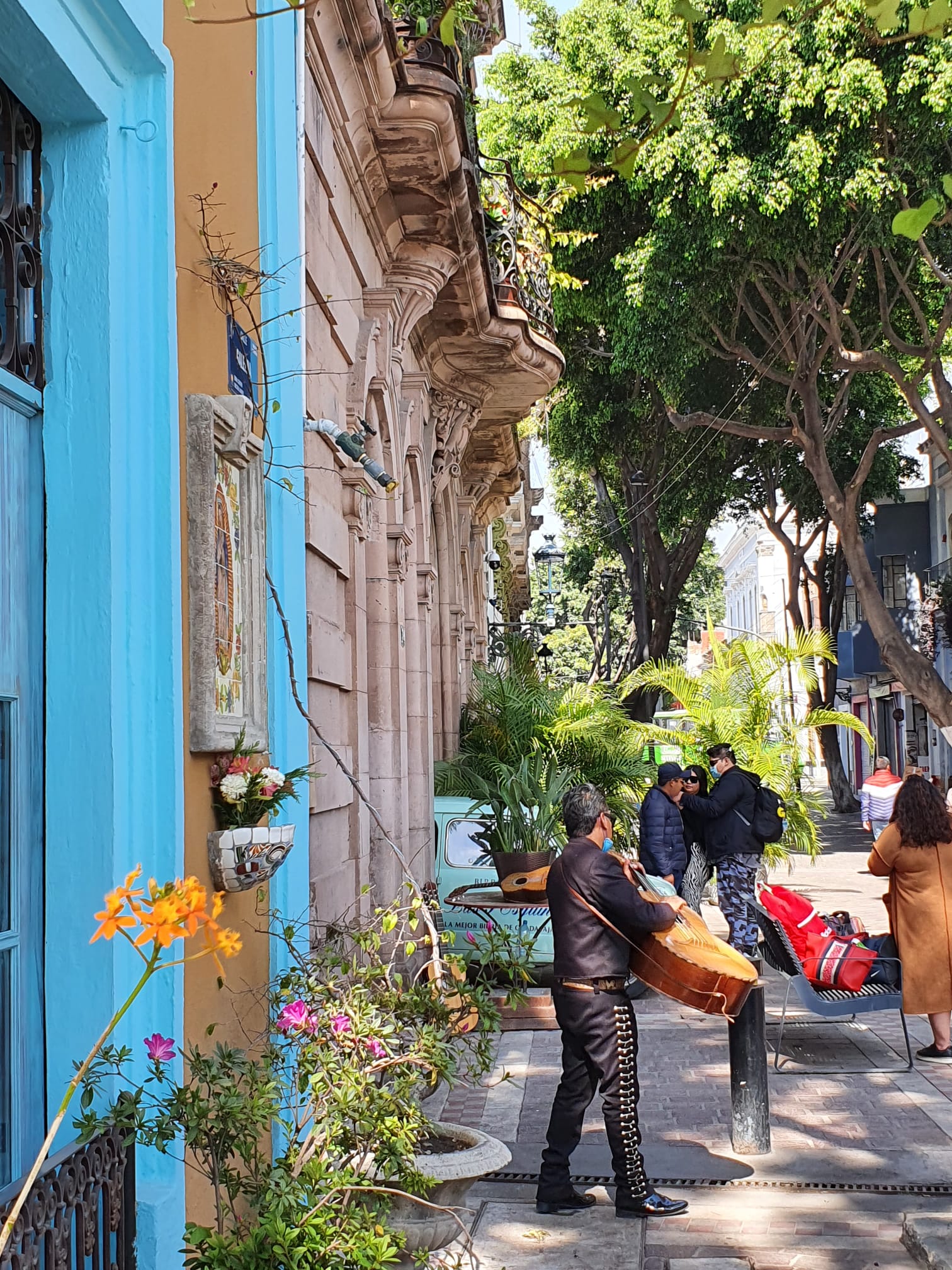 Northern Mexico’s gem, Monterrey is full of unbeatable landscapes, unique gastronomy and adventures. Despite being known for its meat culture, it has some of Mexico’s best vegan eateries.

This privately-owned park is dedicated to the conservation of its biodiversity. The area covers 1,792 hectares, making it one of the most important natural passages in the region due to its proximity to Monterrey. If you’re looking for spectacular views when hiking, this is the best place to visit.

Considered as one of the best bakeries in the country, BreAd was founded by chef Bernardo Flores and offers upgraded versions of the best pastries. A must-try is his concha, or shell, a traditional soft and sweet Mexican bread with a white topping that resembles the surface of a seashell—ubiquitous in Mexican culture. Chocolate and vanilla are the favourites of all the royal regulars at his famous bakery, but if you’re lucky enough, you’ll be able to score his famous and delicious cardamom-flavoured concha.

A passionate group of coffee connoisseurs with an entrepreneurial mindset took the risks to transform coffee culture in Monterrey and offer customers a farm-to-cup experience with a focus on the environment. Kali Coffee Roasters sells products that come from the La Fortaleza farm in Chiapa, an area that the Rainforest Alliance has recognised for good social and environmental practices.

With two coffee shops in Monterrey and one online store, Kali’s coffee is exceptionally smooth and well-balanced with no bitterness or discernable acidity. You can taste the hard work that goes into each coffee bean. 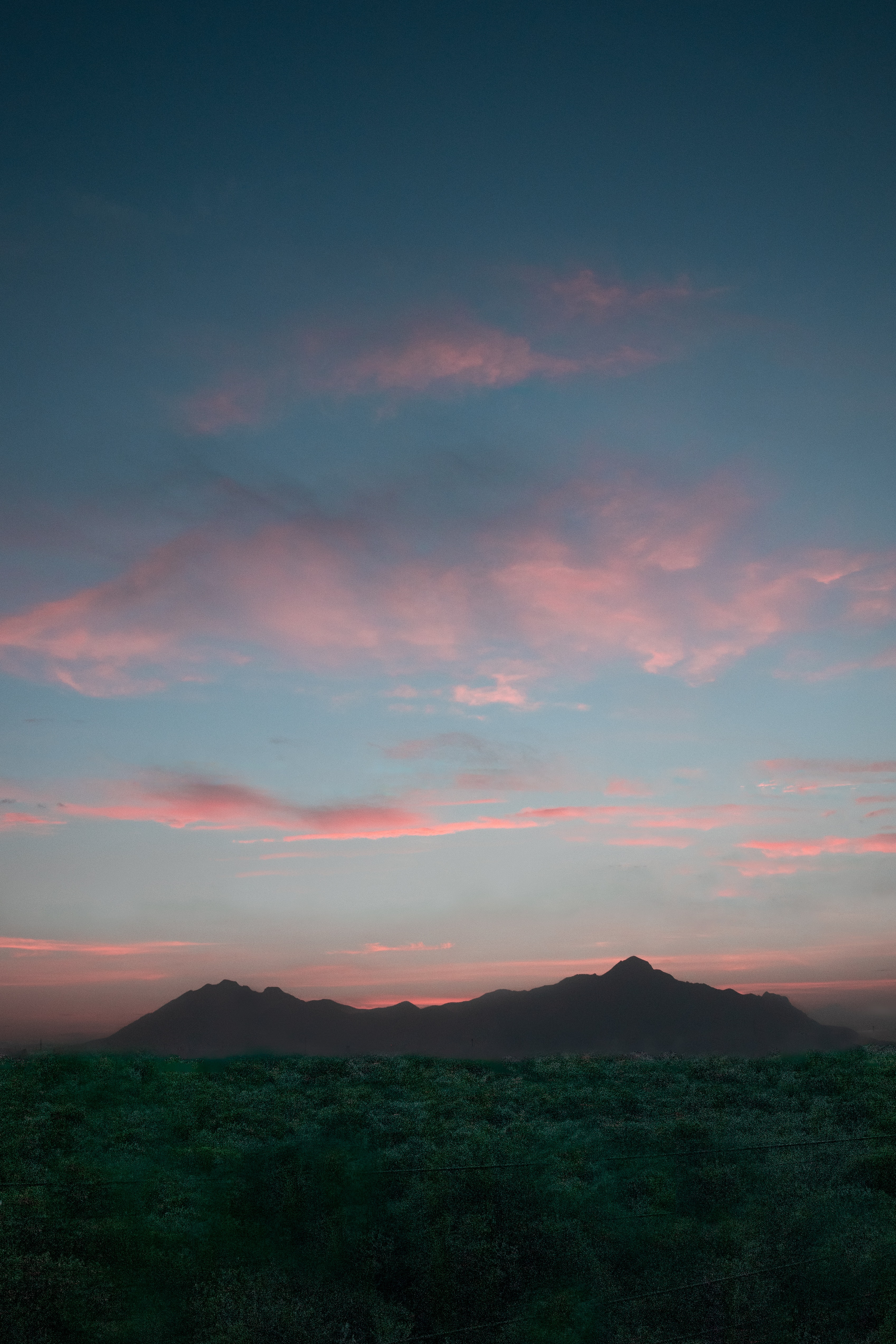 Guanajuato is located in Central Mexico and is home to several historically important cities, especially those along the Bicentennial Route tracing the path of the insurgent army in the Mexican War of Independence. It’s a city popular for its callejoneadas, or narrow streets, brightly coloured houses atop steep hillsides and a very famous mummy museum.

One unique way to get to know the city and its surroundings is through the air. Take a one-hour trip at sunrise or sunset to enjoy this wonderful experience, preferably with a special someone. Fly over the historic city of Guanajuato, taking in all of its beautiful colonial buildings. If you really like flying on hot air balloons, don’t miss the León Balloon Festival, which is quite a show.

The first vegan restaurant in the city of Guanajuato boasts a lovely open space decorated with radiants plants in every corner. Managed by Julio and his mother, the kitchen of Guanajuatito Restaurant breaks paradigms and offers delicious Mexican dishes like tacos, pozole and enchiladas made of carrot tortillas and stuffed with potatoes, almond cream, fresh vegan cheese and topped with cashews.

A discovery drink, Chilcuague is made of 100% agave azul (blue agave) and is infused with a pre-Hispanic root known as raíz de oro Mexicana, or Mexican golden root. This root takes seven years to grow in the state of Guanajuato. It has plenty of healing properties that help the immune and digestive systems. It is also used to treat infections. The distilled spirit has citrus aromas and notes of raw agave. It’s quite sweet and soft to the palette, giving your taste buds a unique sensation.