Cholos BKK started serving Californian-style Mexican food out of a truck parked in Sukhumvit Soi 12 during the pandemic. This year, after garnering a lot of interest, they are expanding their operations, having opened a new outlet at The Commons Thonglor and with a third one coming later this year in Sathorn.

Their new Thonglor branch focuses on tequila and its smokier and sexier sibling, mezcal.  Unlike tequila, which is made only from blue agave in select regions in Mexico, mezcal is made from the heart (or piña) of up to over 30 species of the agave plant. The piñas are cooked in underground pit ovens, which gives the spirit its distinctive smoky flavor, before being mashed and left to ferment. The liquid produced is then distilled in clay or copper pots, again altering the flavor.

At Cholos, you can drink a variety of mezcals by the glass or get them dressed up in a cocktail, such as the Mezcal Sangria or Mezcal Sour. Then it's time to pair your drink with some serious Mexican comfort food.

If you know Cholos from before, you must certainly be aware of their popular birria, an aromatic stew from Jalisco, Mexico. Typically made with goat meat, chilis, and spices like cinnamon and clove, Cholos uses pork for their recipe and as a Mexican, I can honestly say that the flavors didn’t disappoint. 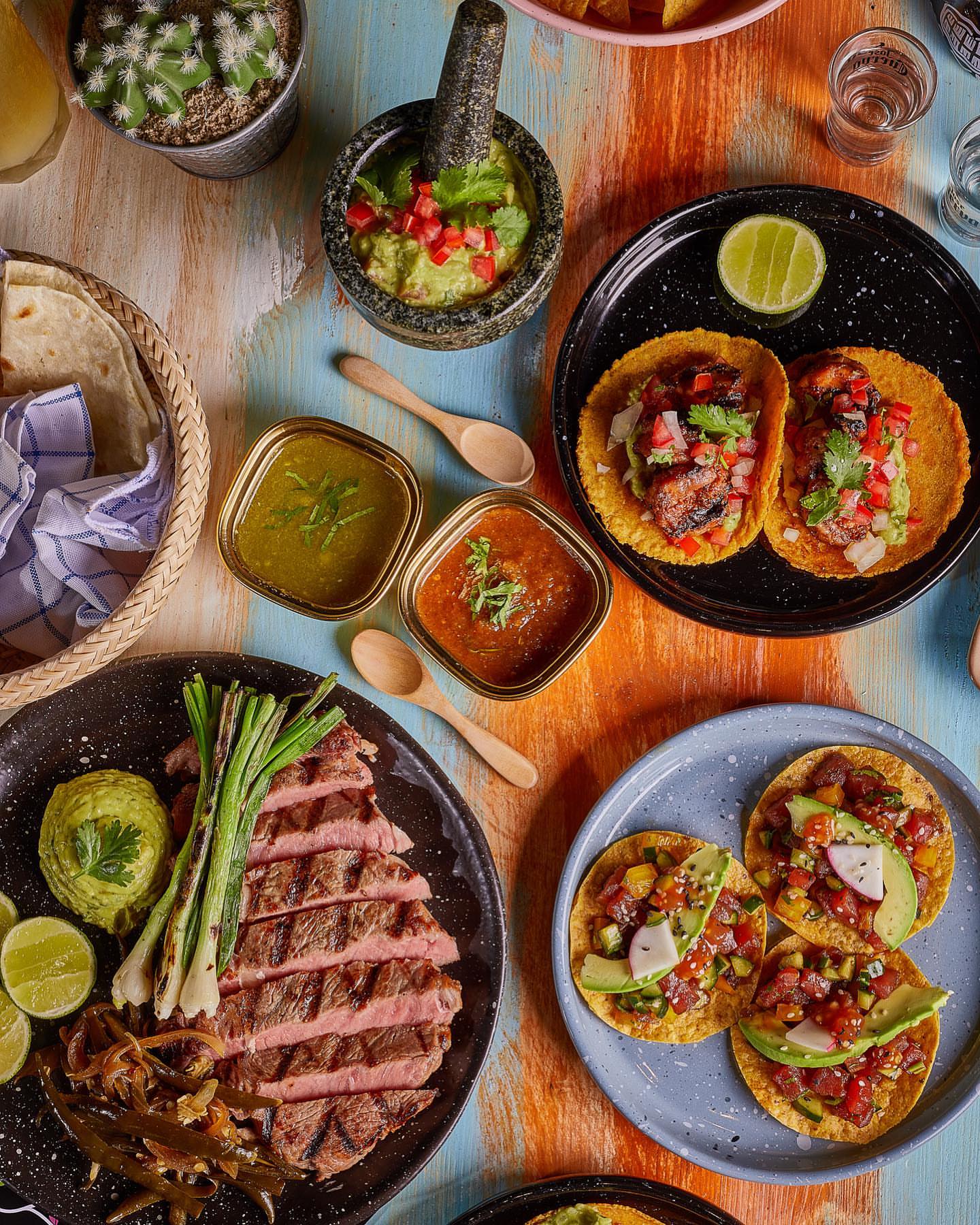 Guacamole is a given when you dine at Cholos, and Cholos' version highlights fresh, chunky pieces of avocado, tomatoes, cilantro, and just the right amount of lime juice and salt. Served with freshly fried tortilla chips, it's a heavenly starter for the feast ahead.

One of the joys of eating at a taqueria is crafting a taco yourself. We were able to do this when they served the Asada dish, which comes as slices of charcoal-grilled rib-eye, guacamole, chiles toreados, cebollitas cambray (Welsh onion), and some freshly made corn tortillas. (If you are interested in learning how we make tacos in Mexico, I encourage you to watch Taco Chronicles on Netflix.)

Then, onto plant-based tacos. For a couple of years now, I've been enjoying the occasional plant-based meal, and I appreciate restaurants and chefs who can tailor their recipes to vegan patrons without compromising on taste. Cholos is one of these places. Their mushroom birria tacos are served with a delicious warm broth for dipping. They also use jackfruit in another one of their plant-based tacos, shredded to emulate, convincingly, chicken tinga.

To close the meal on a sweet note, I recommend the flan and the horchata ice cream. Cholos works closely with an Italian gelateria to create the creamy version of the rice milk beverage. As for the flan, it tasted just like the one my tía (aunt) in México makes.

All in all, I must say that Cholos is Mexican certified.

5 Reasons Not to Visit this new Mexican Restaurant in Bangkok

Indulge your 'Guilty' Pleasures at this new Peruvian-Inspired Resto

5 Reasons Not to Visit this new Mexican Restaurant in Bangkok

Indulge your 'Guilty' Pleasures at this new Peruvian-Inspired Resto