Navigating the “Soundtrack of Our Lives” with Dr. “Paye” Akkrawat Srinarong

What would the soundtrack of your morning routine be? Perhaps “Eye Hate You” by Prince encapsulates cracking your eyes open in a fit of dread, or maybe “Feeling Good” by Nina Simone when you finally get that first sip of coffee. How about your afternoon? Do you enjoy a gripping Green Day playlist? Or a soothing Bill Evans jazz accompaniment in the background? 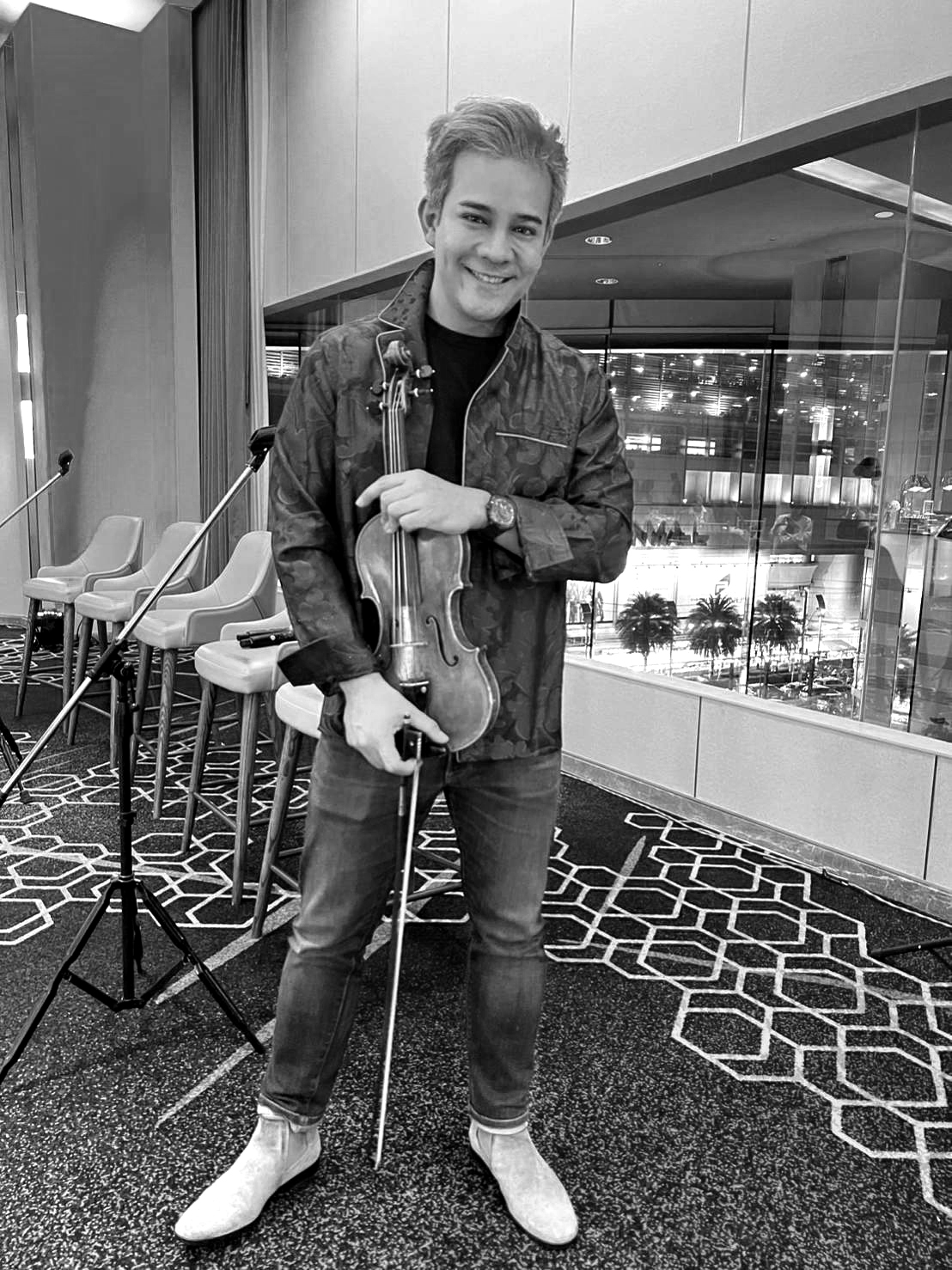 Dr. Paye and his violin at the Future List Soiree at Amari Watergate Bangkok

Dr. Akkrawat “Paye” Srinarong, an accomplished musician and director of the Thai Youth Orchestra, suggests everyone has a soundtrack to their life. As special guest of The Future List 100’s year-end soireé, held on December 19 at the newly renovated Amari Watergate Bangkok hotel, Dr. Paye planned an evening of performances to illustrate his point. The multi-talented musician took the floor first with a solo, singing his rendition of “It’s Beginning to Look a Lot Like Christmas” by Michael Bublé, playing into the festive mood of the time. He then pulled out his violin to take guests on a sensory journey through the Renaissance Period and the 18th through 20th centuries, making sure to engage with the audience’s questions and requests.

The Thai Youth Orchestra director also gave the spotlight to five of his pupils, who each performed short pieces. Peter, on the violin, entertained with a sweet Bach duet with his mentor, and that was followed by Non’s rich French horn stylings. Then it was Kun on saxophone, performing “Black and Blue” by Barry Cockcraft, a solo alto piece meant to emulate all instruments in a band. After that, Glass on clarinet filled the room with soft glorious sounds, before Nut on trombone finished the set, showing an impressive heart for music with a Thai folk song.

The Amari Watergate, as venue hosts of the evening, provided attentive hospitality and mindful catering services. The hotel’s executive sous chef Alan created a palette of sustainable dishes, presenting just enough food to minimize waste. By the end of the night, Dr. Paye had the audience clapping and singing along to Jingle Bells, as he and his students accompanied each with their respective instruments.