'Made In Songkhla': Exploring Songkhla's Heritage Through Modern Design

If you’ve ever visited Songkhla, you might be familiar with the classic, local shops huddled in the old city. Twelve long-established local businesses have collaborated with nine design studios to bring artistry to the local landscape, and solve some of the businesses’ long-standing problems. They’re giving Songkhla’s most celebrated local delicacies a fresh makeover, highlighting charm and authenticity and bringing a sense of pride for things made in Songkhla.

Having only been in operation for roughly 30 years, Taveesup Printing House isn’t the oldest printing house in Songkhla—but it is well-known among the locals. In collaboration with a Yala-based graphic design studio, Soulsouth Studio, the printing house has developed a collection of printed products for use in daily life featuring overlapping silhouettes of famous buildings in Songkhla. 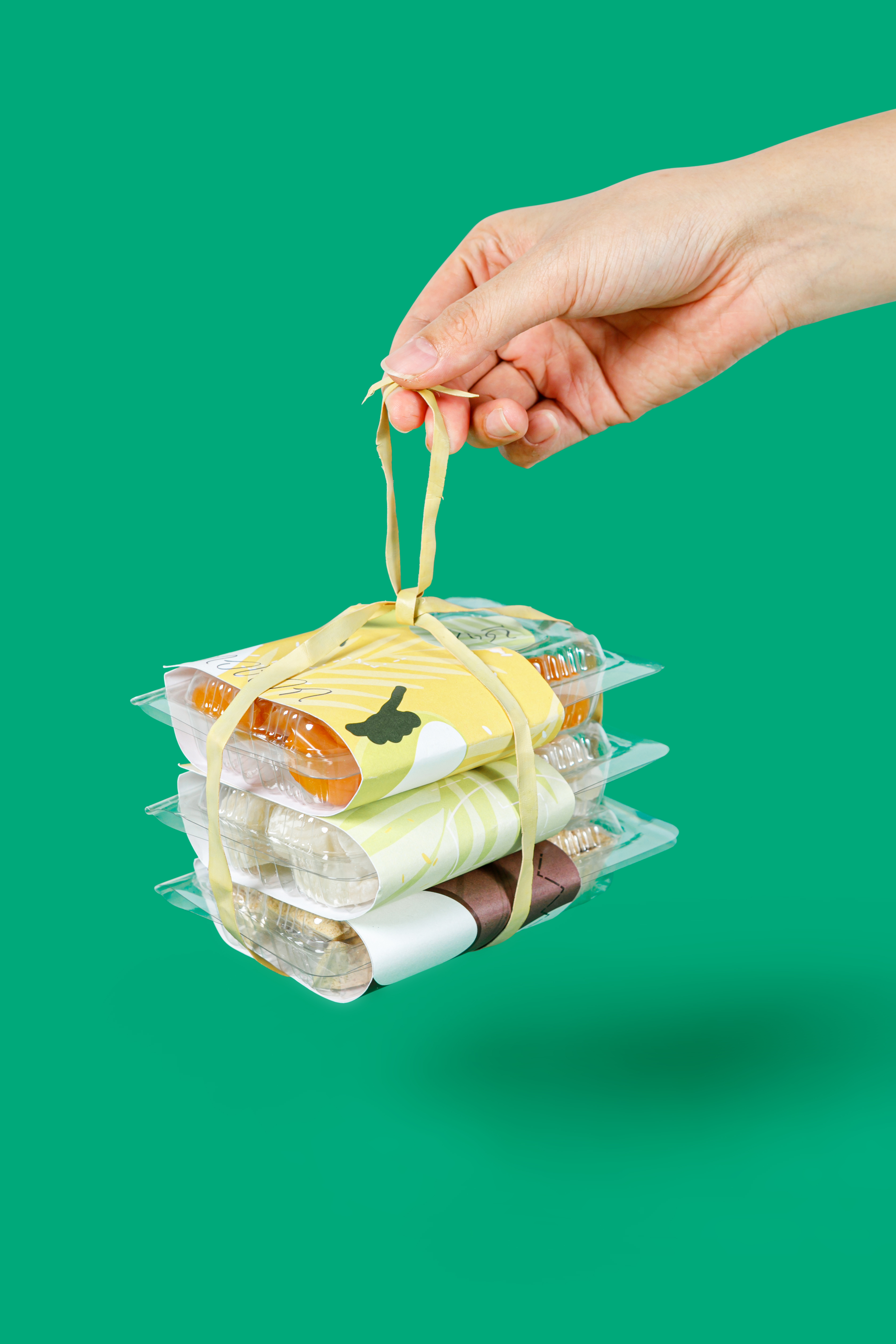 “Jongdee” is named for founder Jongdee Ongpaiboon, who passed down her original recipes to her daughter. The famous shop’s many outstanding sweets, including thongaek, sampanni, and kee mod, are indistinguishable from those of other shops in the area due to the identical packaging employed by other stores. Yala Icon’s design team, led by Ekarat Suwannarat, has solved the packaging problem by removing the old wrappers and opting to fit the three famous desserts directly in a clear box to show the textures of the unique desserts.

Every day, you can see locals lining up at the crack of dawn outside Kiad Fung to secure savory coogies. However, Yala Icon’s designers realized the old-fashioned store hadn’t come up with any new dishes for a while. To remedy this, and bring some energy to the menu, they developed new fillings together—including a one-bite “chicken stew”, and “mo qi'' based on the fan-favorite black bean filling.

Like all old towns, Songkhla is home to various government offices and their employees, who all wear badges, nametags, and signifiers. Supaporn Embroidery, now operated by Supaporn’s granddaughter Sajirat “Nam” Yanon, has been the go-to for officials in the area for decades. Supaporn Embroidery teamed up with Saran Yen Panya of 56th Studio to play with opposites—mixing things that do not seem to fit together but somehow do—to convey a simple message about the confines of “uniform” and questioning which image Songkhla should project into the future. 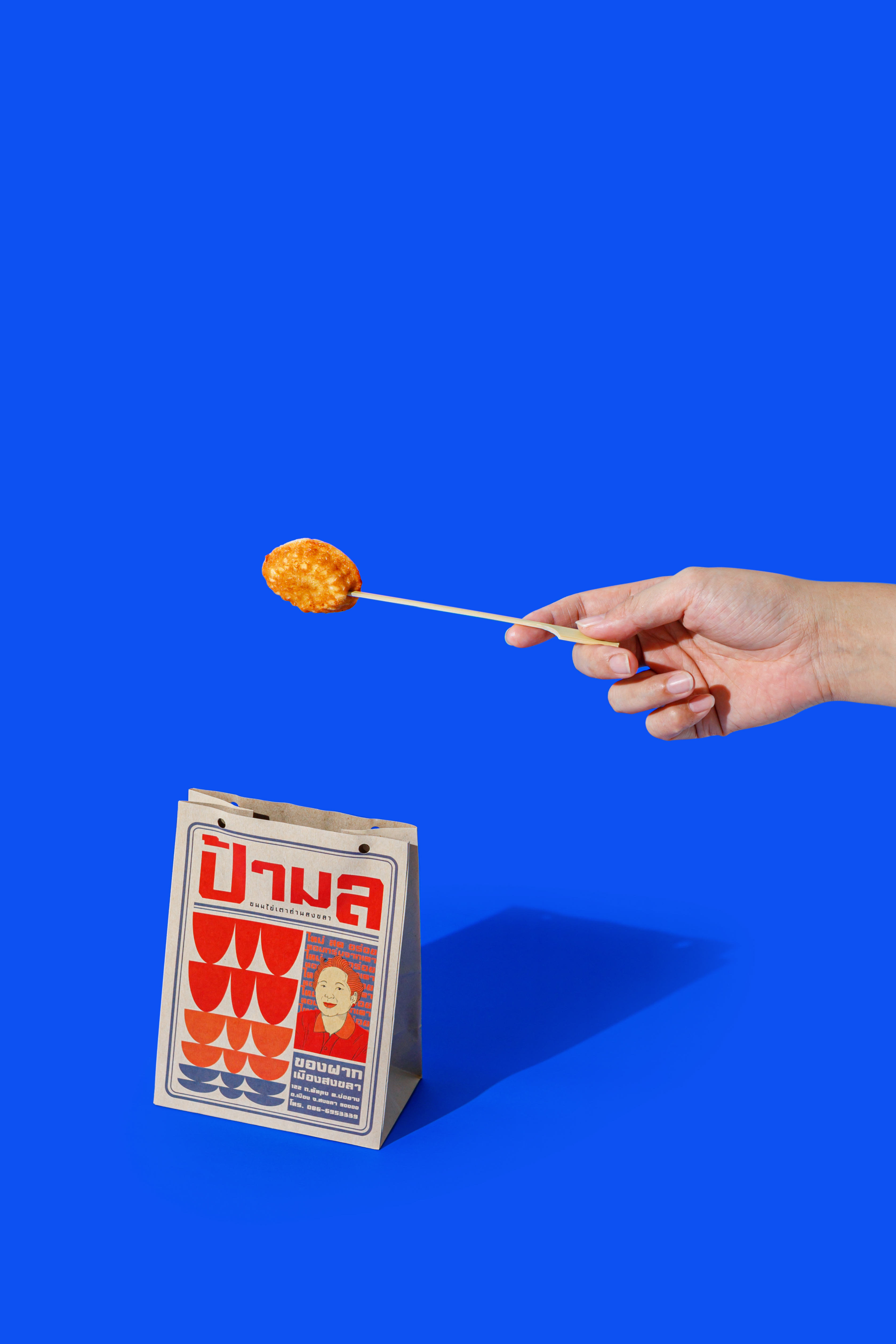 Kanom kai is freshly baked every day the way it always was, and still attracts throngs of hungry locals, just to a new location. But three years after the old shop’s relocation, customers remain confused. To help the hungry find their way, SouthSon Design’s young designers have transformed the new store by adding recognizable features from the first location, and adding the Pa’Mon’s likeness to the packaging. 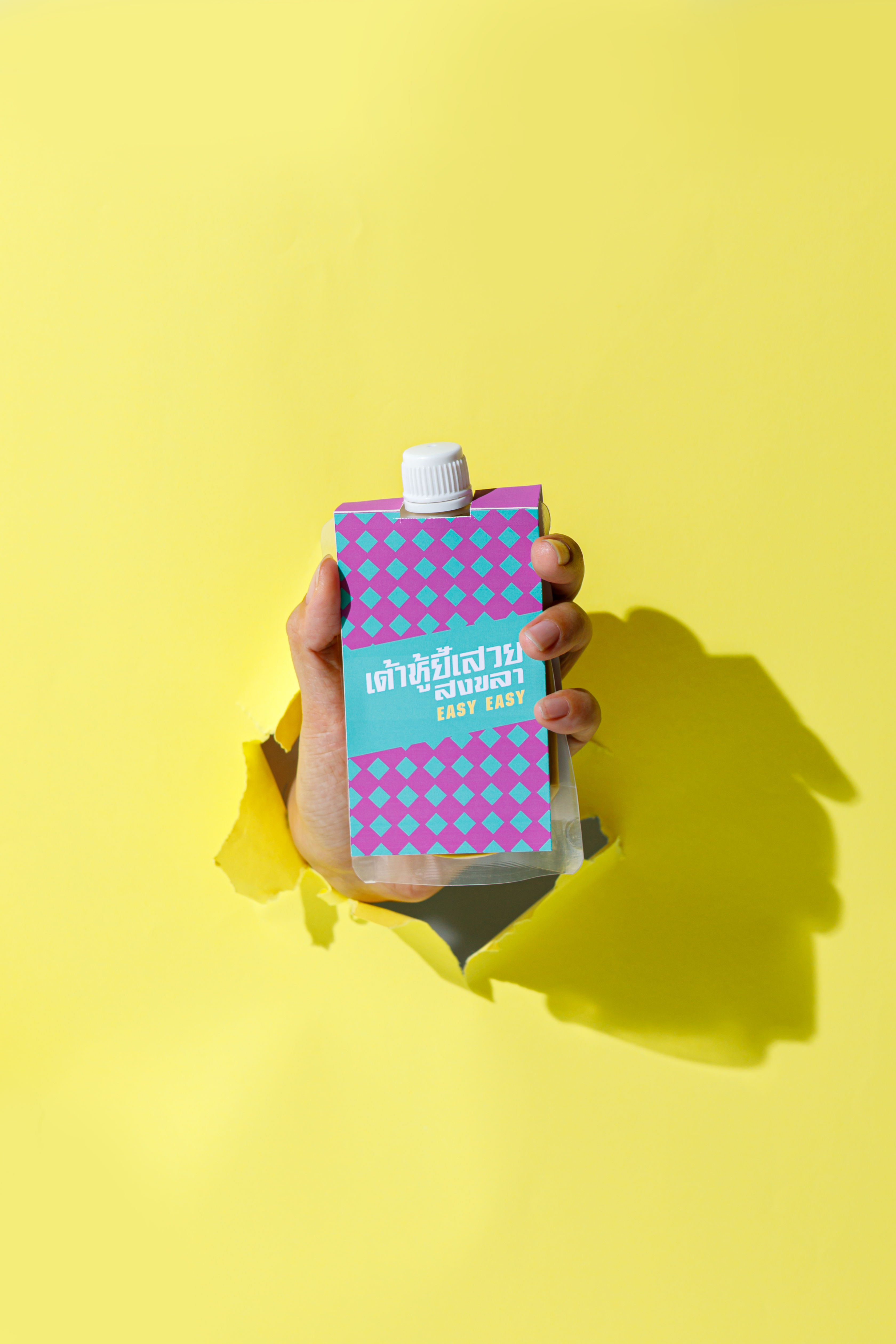 Pickled bean curd has been part of Songkhla's food preservation tradition since the late 19th century. Those traditional methods of fermenting have been refreshed by fifth generation owner Rachata Uttarophon, to keep products fresher for longer. The product is great, but it remains unfamiliar. SouthSon designers helped fix that, by decorating the store with a display to tell the history and adding new packaging designs. 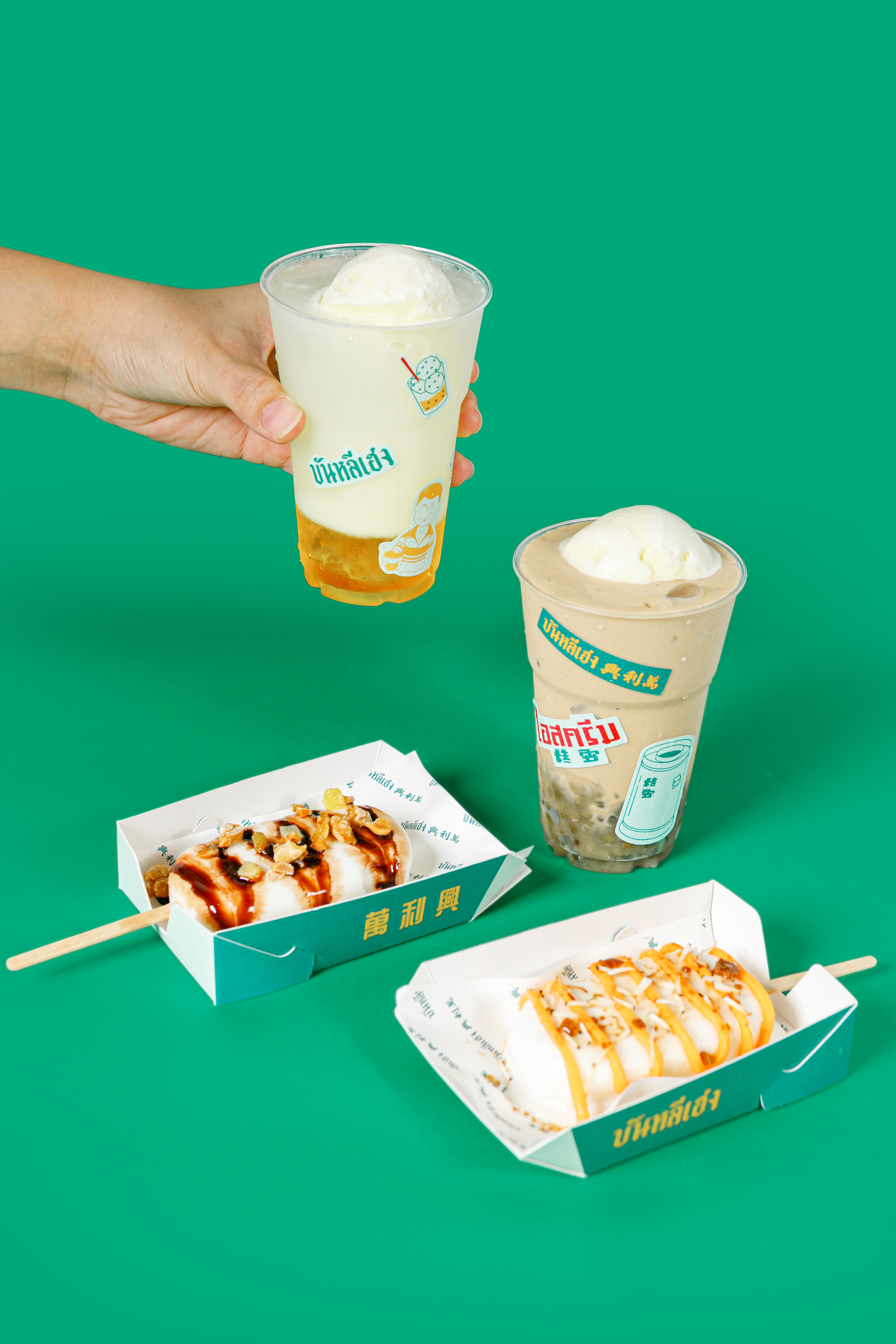 “Ban Lee Heng” translates to “tens of thousands of fortunes” in Hokkien Chinese. For over 90 years, customers have grown up loyal to the legendary outlet’s tea, coffee, dumplings, buns,and freshly made ice cream. But it’s difficult to attract new customers when you’r ea staple. To help bring a contemporary flair to the traditional storefront, Chef Thanjira “Poon” Wonghirundecha reimagined two of the shop’s favorite flavors into popsicles and floats, and designed new travel-friendly packaging materials for take-away—with cute stickers for decoration.

Founded in 1923, Sin Adulyapan is a local store selling fabrics, monk supplies, shoes, and groceries—as well as processed seafood products. Ploy Chariyaves, who is impressed by the flavor of the store’s sweet soy sauce and chili paste, has promoted them as Hero Products. To bring attention to the range, she has designed special treat-sized sets to broaden the audience for these local delicacies. 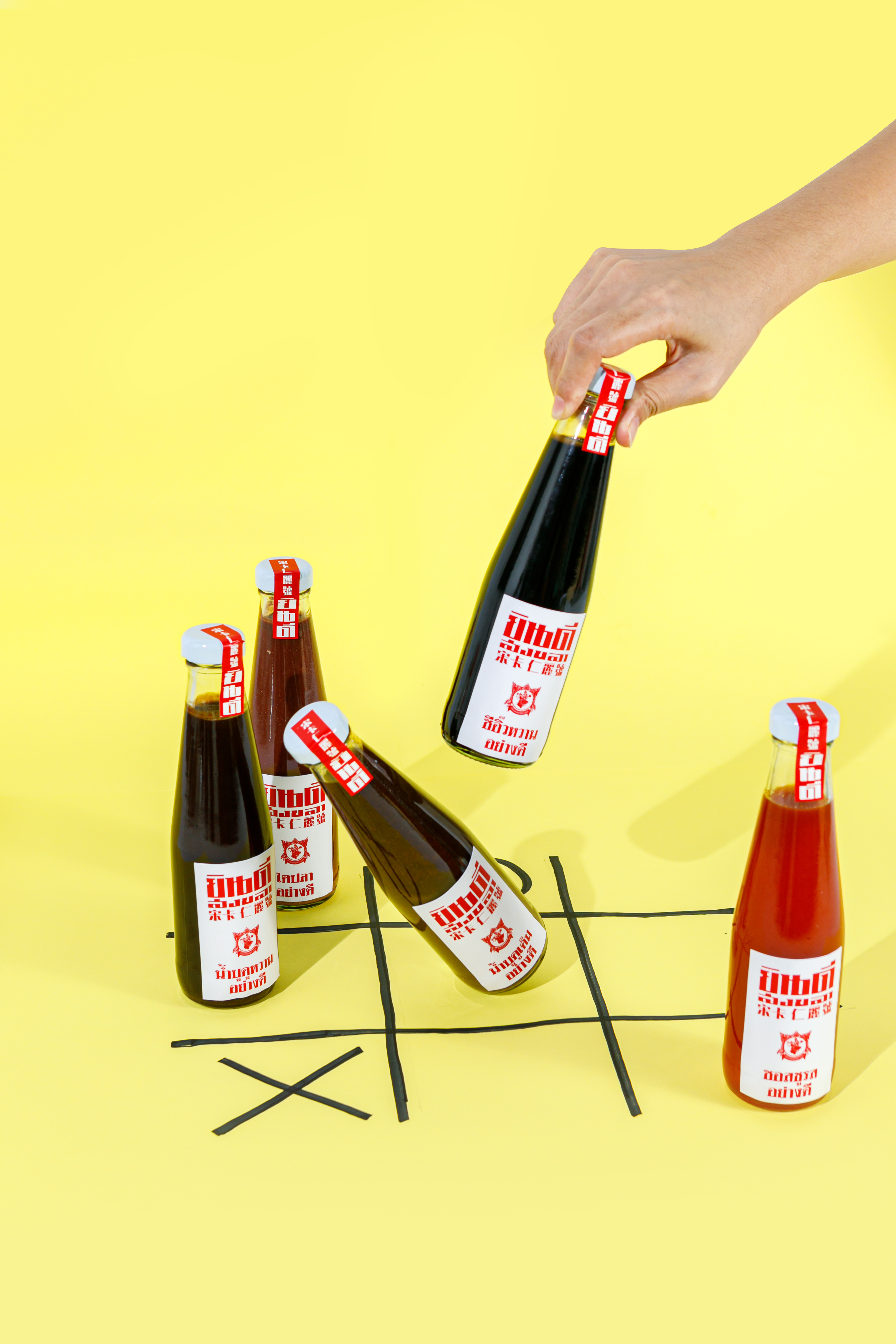 “Yindee Shop” has been selling processed products made from local ingredients for over 70 years, like rice crackers, salty and sweet budu water made from anchovy, and sweet-and-sour luk yee candy. With such an assortment of products, the store’s challenge lies in creating clear, direct labels. The shop joined forces with up-and-coming design house Na Studio to create a distinctive brand identity, showcasing the history of the brand and its place in the social fabric of Songkhla. 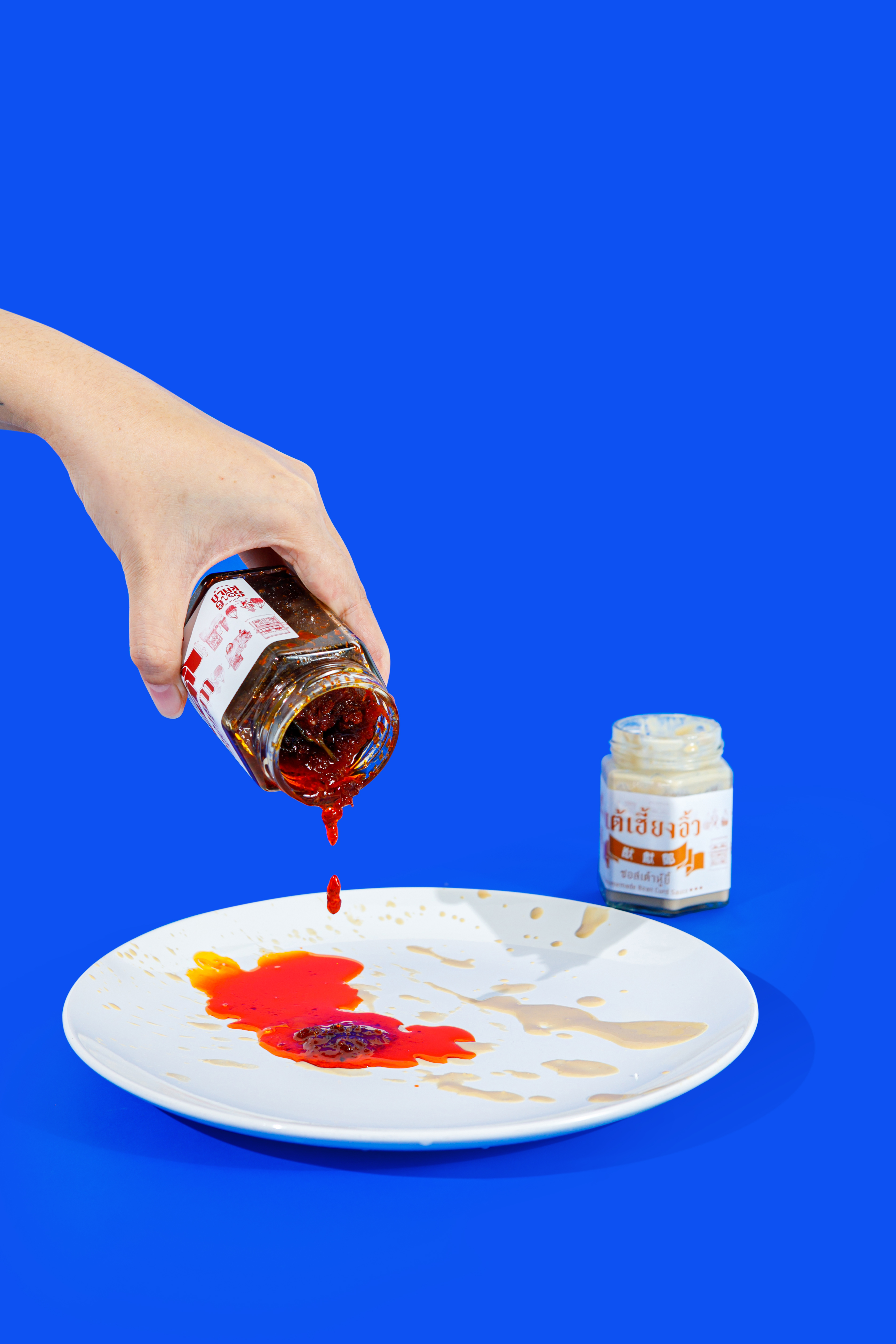 Stewed duck and napa cabbage vermicelli soup are two classic delicacies of Tae Hiang Aew, a Teochew cook who settled in Songkhla. The recipes were handed to his wife and eldest daughter, and now reside in the hands of the third generation. Chamaiporn “Led” Pongsukcharoenkul, who took over the restaurant in 1992, collaborated with Chef Aum of Trang Koe to create two new all-purpose sauces to bear the restaurant’s name: Pickled Bean Curd Sauce and Tom Yum Haeng Sauce. The contrasting flavors represent cold and hot elements, and Tae Hiang Aew's culinary mastery. 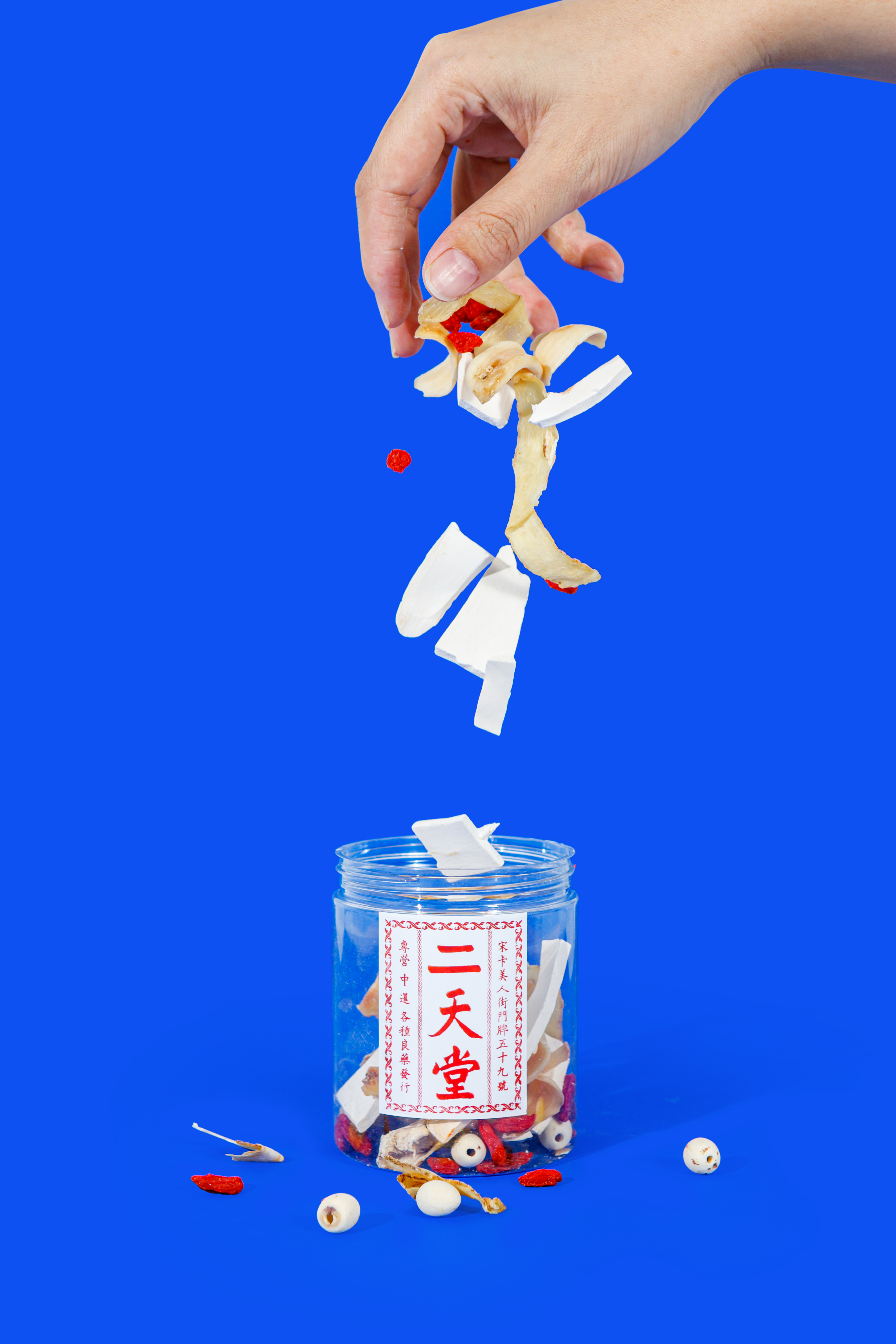 Ngee Tian Tong went from selling wholesale Thai-Chinese medicines around Songkhla, to cementing itself as the major medicinal herb seller of the province. After a conversation with the new generation owners of the 100-year-old Chinese medicine shop, Niram Wattanasit of Eden's wanted to tell the story of the historic brand through contemporary packaging—and highlight Ngee Tian Tong to a new audience of health-conscious consumers. 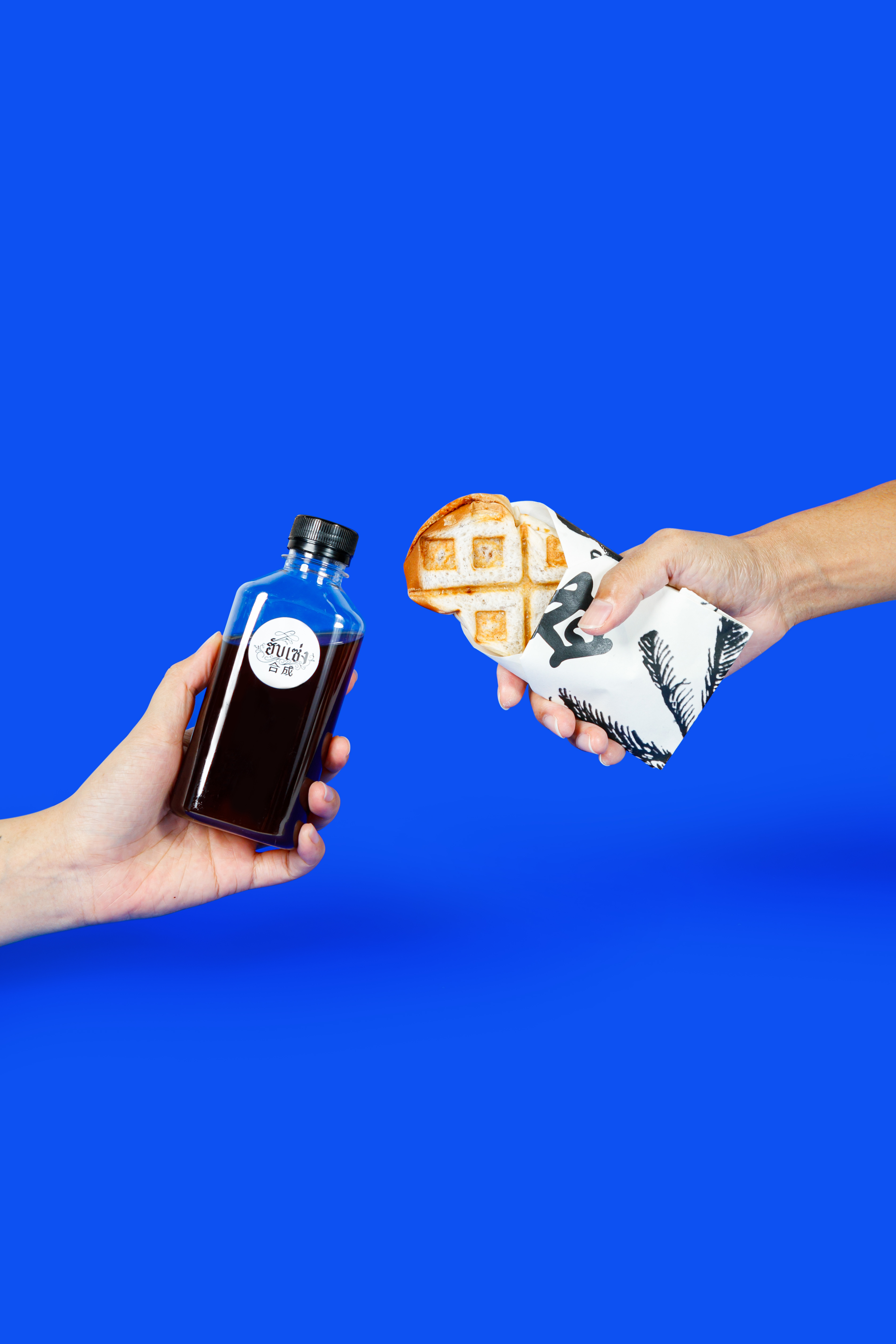 “Hubseng”, which translates to “achieving success together”, acts as the gathering venue for lively morning coffees in the old town, still serving the same coffee now as it did 100 years ago. Seeing how popular the coffees were, while the classic desserts went unordered, Niram Wattanasit of Eden's decided the Hainanese Custard deserved a little love. Niram created a whole range of new products to complement the old-fashioned treat, including hand-pressed patterned bread, and hot and cold drinks.