Harry Styles has been hustling lately. His film, Don’t Worry Darling, with girlfriend Olivia Wilde, is set to debut in cinemas on September 23. But what Harry stans have been most excited for is his movie with screenwriter Ron Nyswaner and director Michael Grandage called My Policeman. Ever since he was announced as the lead of the gay love story, fans have been waiting anxiously for a first look at the film, and Amazon Studios finally released the teaser trailer.

The film is an adaptation of Bethan Roberts’ 2012 novel of the same name set between two time periods: the 1950s and the 1990s. The story centers around a love triangle between Tom, Harry’s character, and his two lovers: Marion, played by Emma Corrin, and Patrick, played by David Dawson. Marion, a school teacher, and Tom, a closeted policeman, meet in Brighton and fall in love. When Patrick, a museum curator, moves into town while still grieving the death of his lover, he and Tom fall passionately for one another despite homosexuality being illegal in the 1950s. Their relationship becomes a secret love affair and things work out for the three of them for a while until jealousy makes everything ugly. The next part of the story is set 40 years later in the 1990s when Marion and Tom have married. Patrick returns to see them again after suffering a stroke, which causes serious problems for the couple.

The novel is actually inspired by true events. In an article published in The Guardian in 2012, Roberts explained that the story was inspired by the life of novelist E.M. Forster who had been in an affair with policeman Bob Buckingham in the 1930s and was friends with his wife, May. Buckingham’s wife May was very open-minded and the three of them had a great relationship. 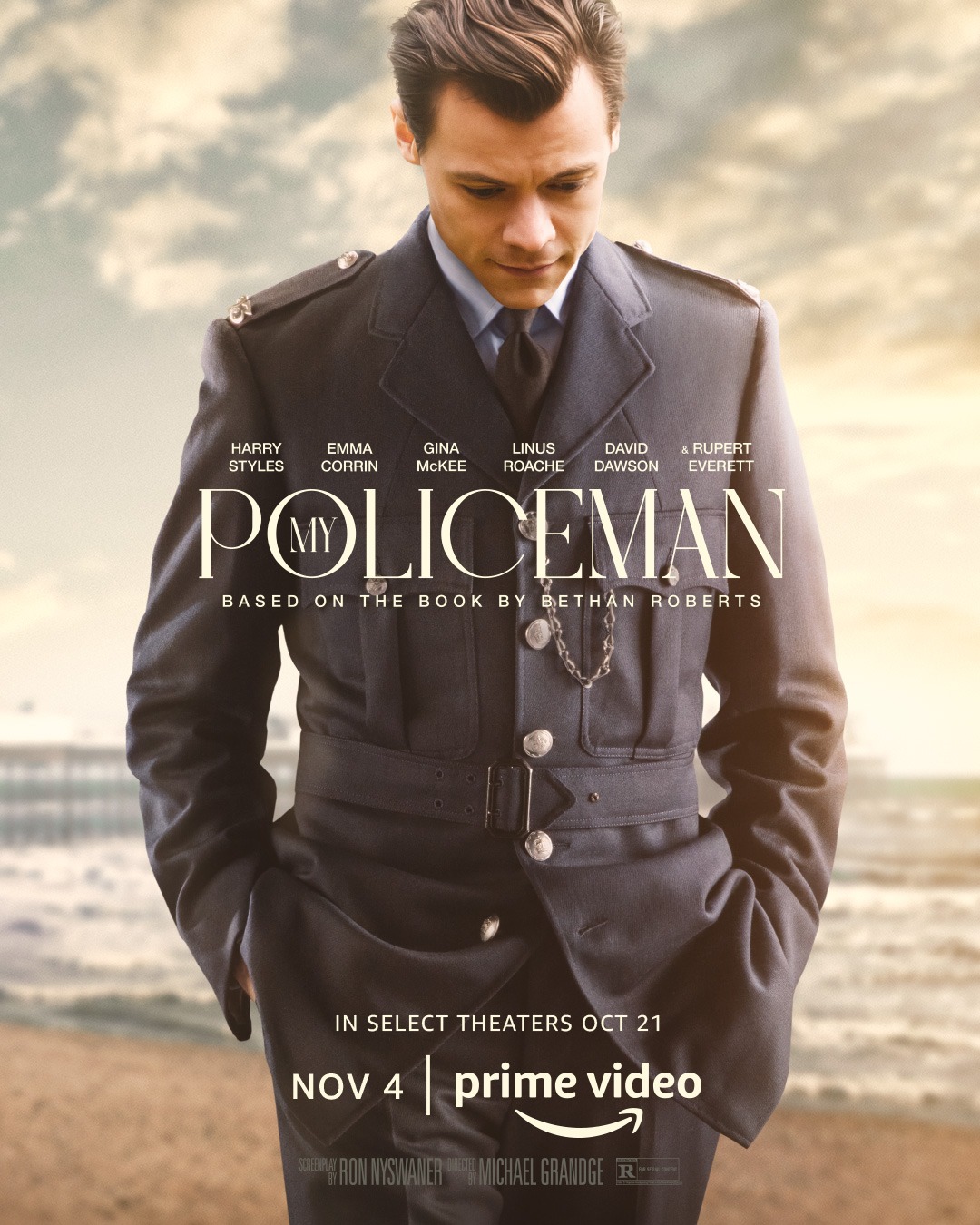 “While living with May, Buckingham pledged his half-days off and other hours during the week to Forster,” she wrote. “May, although jealous and often difficult, refused to listen when [warned] that Forster was about to break up her marriage. Perhaps she, like Buckingham, stood to gain from what Forster could offer: not only money (he often gave financial gifts) but also entrance into the life of the cultural elite.” When Forster suffered a series of strokes later in life, May cared for him.

'My Policeman' premieres in cinemas on October 21 and on Prime Video on November 4.