Back in 2020 at the height of the pandemic, I found myself, like many people around the world, with so much time on my hands while in quarantine. And like everyone around the world, I found many avenues to entertain myself, one of them being video game live streams. A couple of months later, I took the plunge myself and started streaming on Facebook Gaming, playing Apex Legends while about five people watch me get killed over and over again. Fortunately, that seemed to entertain them, and I was more than willing to keep dying for the sake of entertainment.

Last year, I met up with a friend who wasn’t a gamer and we got to the topic of streaming. With genuine curiosity, they asked me, “Why do people watch people play video games? Why can’t they just play the game themselves?”

The concept of people sitting on their couch, turning on their TV or fishing out their tablets and phones to watch someone play a video game seems to be ridiculous to many unfamiliar with the world of gaming. However, streaming—as it’s referred to these days—has not just become a pastime or hobby one turns to when quarantined for months and their sanity is hanging by a thread, but a viable career that could earn you millions—that is, if you’re willing to put in the time and effort. 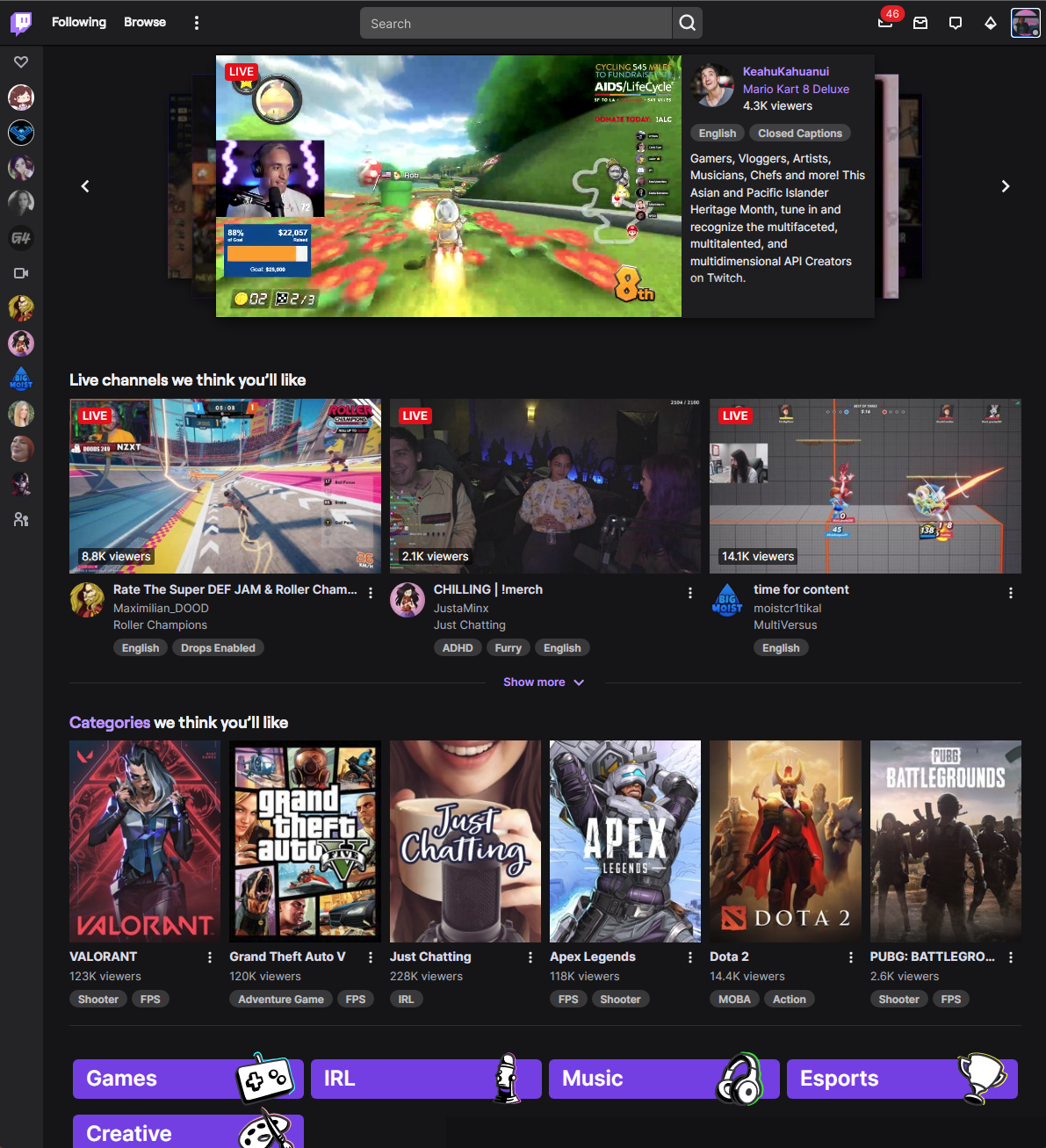 The frontpage of Twitch offers viewers a ton of different content

When the internet started becoming more widely available for everyone, video websites like YouTube and Dailymotion provided a platform for users to make content for all the world to see. It was in the late 2000s that Twitch was born. Originally an off-shoot of Justin.tv—a site that, unlike YouTube, allowed users to do live broadcasts—it would eventually outgrow it. A few years and a deal with Amazon later, Twitch has now become one of, if not the largest live streaming site on the internet. This is where aspiring streamers go to get started and where established big-time streamers continue to broadcast.

Twitch has over seven million active streamers, and one of the biggest things to come out of Twitch is esports. In fact, this was the reply I gave to my friend who asked me that aforementioned question: “If you watch basketball and football, then it’s a similar thing to watching streamers.”

Team Spirit were the winners of The International 2021

For those who doubt whether “esports” is worthy of being called a “sport”, watch any professional gamer and see if you’re able to do what they do. If you’re in awe of Stephen Curry or Cristinado Ronaldo when they play, gamers feel the same way when they watch someone like iiTzTimmy play Apex Legends. If you’re still on the fence, consider the fact that the 2021 Olympics included an Olympic Virtual Series, which featured the iconic racing game Gran Turismo, and that the 2022 Asian Games in Hangzhou, China will include esports with eight games including Dota 2 and League of Legends.

There are also brand deals and partnerships. Giersdorf was named Chief Gaming Scout by apparel company Hollister, which also produced limited-edition merchandise inspired by the gamer. Another professional Fortnite player, Tyler “Ninja” Blevins, who is one of the biggest streamers on Twitch with over 18 million followers, signed a deal to stream exclusively on another streaming platform called Mixer, which was made by Microsoft. Forbes estimated that the deal was between US$20 to $30 million. However, Mixer shut down about a year later, so Blevins returned to Twitch, signing a multi-year deal with them. 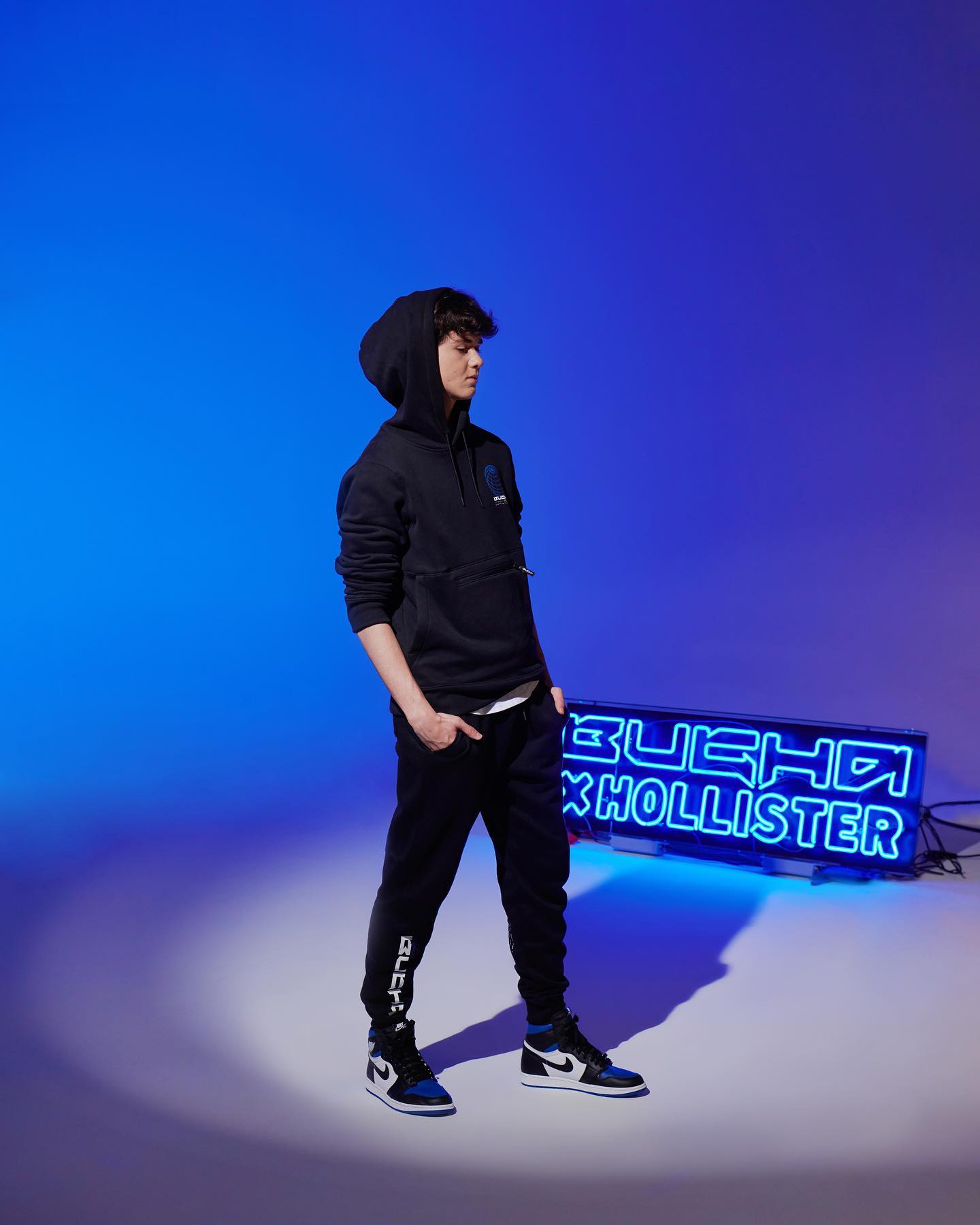 Esports is just one facet of the video game streaming community though. There are a number of big-name streamers like Pokimane, Valkyrae, Dream, SweetAnita, and CodeMiko, who aren’t professional esports players but boast a big following. Why? Because of the content they put out. There are those with unique quirks like CodeMiko, who’s a VTuber, meaning she uses a digital avatar when streaming, or SweetAnita who has Tourettes, which results in a number of hilarious moments during her broadcasts.

There’s also another avenue of “people watching people play video games”, and that’s good old YouTube. It would be a mistake to forget the YouTubers who first made playing video games viable and enjoyable content to watch. The likes of PewDiePie, Markiplier, and JackSepticEye, just to name a few, have made a name for themselves by putting up videos of them playing random games with hilarious commentary. They boast some of the biggest subscriber numbers on the platform. 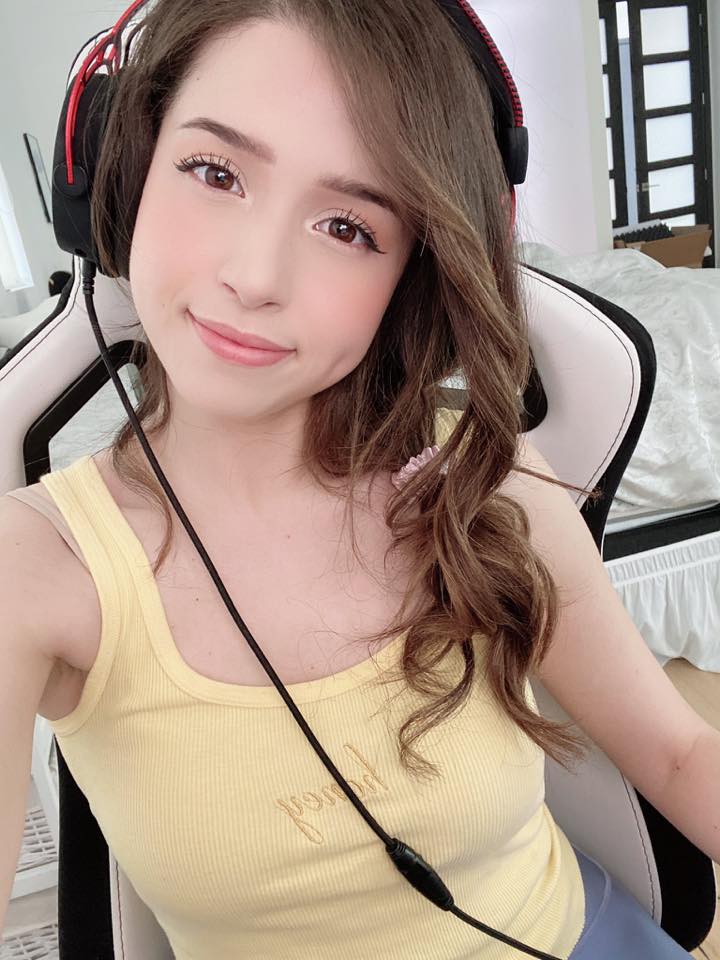 Imane "Pokimane" Anys is the most followed woman on Twitch with 9.1 million followers

The beauty of streaming is that anyone can do it, but making a living out of it is the challenge. How do you put out interesting content on the internet that people would love watching when there are already seven million other choices just on Twitch alone? That’s not to mention technical creativity. Having a great setup as a streamer requires some basic sound engineering as well as video and lighting knowledge, while VTubers like CodeMiko have to deal with more complicated things thanks to their digital avatars.

Watching people play video games may seem ridiculous on the surface, but then you come to see the creators or esports athletes, brimming charisma or sheer talent, who start with nothing but a camera and a PC or console (some of them still working with just that), continue to grind and put out interesting content because it’s what their passionate about, and hopefully you see why there’s an audience for that.