It’s not every day that you meet a beauty queen who’s a strong environmentalist and is very proud of winning a title that is so close to her heart. Jareerat “Baitong” Petsom won the Miss Earth Thailand title in Bangkok last year and then went on to be the third runner-up, or Miss Earth-Fire, at the final stage of the international competition, which was held in the Philippines.

The pageant was held virtually due to Covid, and all the contestants had to send videos of their environmental activities, as well as partake in an online Q&A session. Baitong sent several videos showing her numerous conservation efforts in her hometown of Chumphon, her main entry ultimately winning the prize of Best Eco-Video in the pageant. In the video, Baitong states that we are responsible for the destruction of nature and therefore must set it right. “Changing our behaviour means saving the earth,” she says in the two-minute clip. “We are people of nature. I am a woman of the Earth.”

The visual of her removing her sleek beauty-queen attire and trinkets for a plain white traditional blouse often worn in rural areas put her personal stamp on the message. Baitong felt that these videos were more meaningful than having a live, face-to-face contest. “I would have been at a disadvantage, having to speak English. Secondly, it was not just about the talk, but about how the contestants walk the talk.”

“To me, it’s so basic,” she explains. “Everyone thinks it’s so complicated and that one must do big environmental projects. Not at all! If everyone follows the basic rules, the earth will be a much better place to live in.”

“In Thai society, no one will listen to you unless you are famous.” The beauty queen shares that she participated in two Miss Universe pageants prior, believing in the platform’s power to advocate for bigger causes. “No one expected me to win a beauty contest because I hardly ever dress up in my hometown. I often run around, sometimes barefoot.” But she is proud to have won the Miss Earth title as it finally gave her an opportunity to talk about a subject that she’s been involved with since childhood.

It all started at school when most of her friends joined the Computer Club but she decided to join the Nature Club. That was when she first became aware of the many beauties of her hometown as she was taken on nature walks and discovered the wonders of Chumphon: its beaches, forests, waterfalls and mountains. Joining the Nature Club at six years old, she didn’t leave until she finished school ten years later. That was why her education was thoroughly enjoyable. “My teacher allowed us to not just learn from textbooks but also from the landscapes around us.”

The landscapes were also a great refuge for her during the hardships of her parents’ separation when she was very young. “I didn’t want to talk to anyone, and I wanted to run away from home,” she recalls. She found comfort in nature instead. “You can talk to nature, and nature will listen.”

Baitong revelled in her love of the natural environment and agreed to partake in a nature seminar in Bangkok when she was barely 12 years old. It was her first trip outside Chumphon, and she travelled on her own. “I watched, listened and learned,” she shares. She felt a sense of elation when she was asked to talk to youngsters about the environment.

“That’s when I realised I was a speaker. But I also realised that I needed to build up my own knowledge if I wanted to share it with others.” So, she took to the local library.

While her sister was bright at her studies and eventually joined the Royal Thai Army, Baitong herself was not good at math or science. Since there weren’t many choices in Chumphon, she enrolled at King Mongkut’s University in Bangkok to do a course in Architecture and Design. “It covered all the arts, from design to filmmaking”—skills that would later come in useful for the various projects she would undertake, including, of course, her Miss Earth videos.

To pay for her education, Baitong took up part-time jobs like modelling and hosting a travel show on TV. The show gave her the opportunity to visit various locales and raise awareness for environmental issues, such as littering. Filling up her time further, she also conducted many eco-camps for children as well as reef and coral protection projects. Before she knew it, she had been selected as the UN’s Sustainable Ocean Ambassador and the spokesperson for the Green World Foundation. This gave her the opportunity to do what she enjoyed most: visiting schools to give talks on the environment. 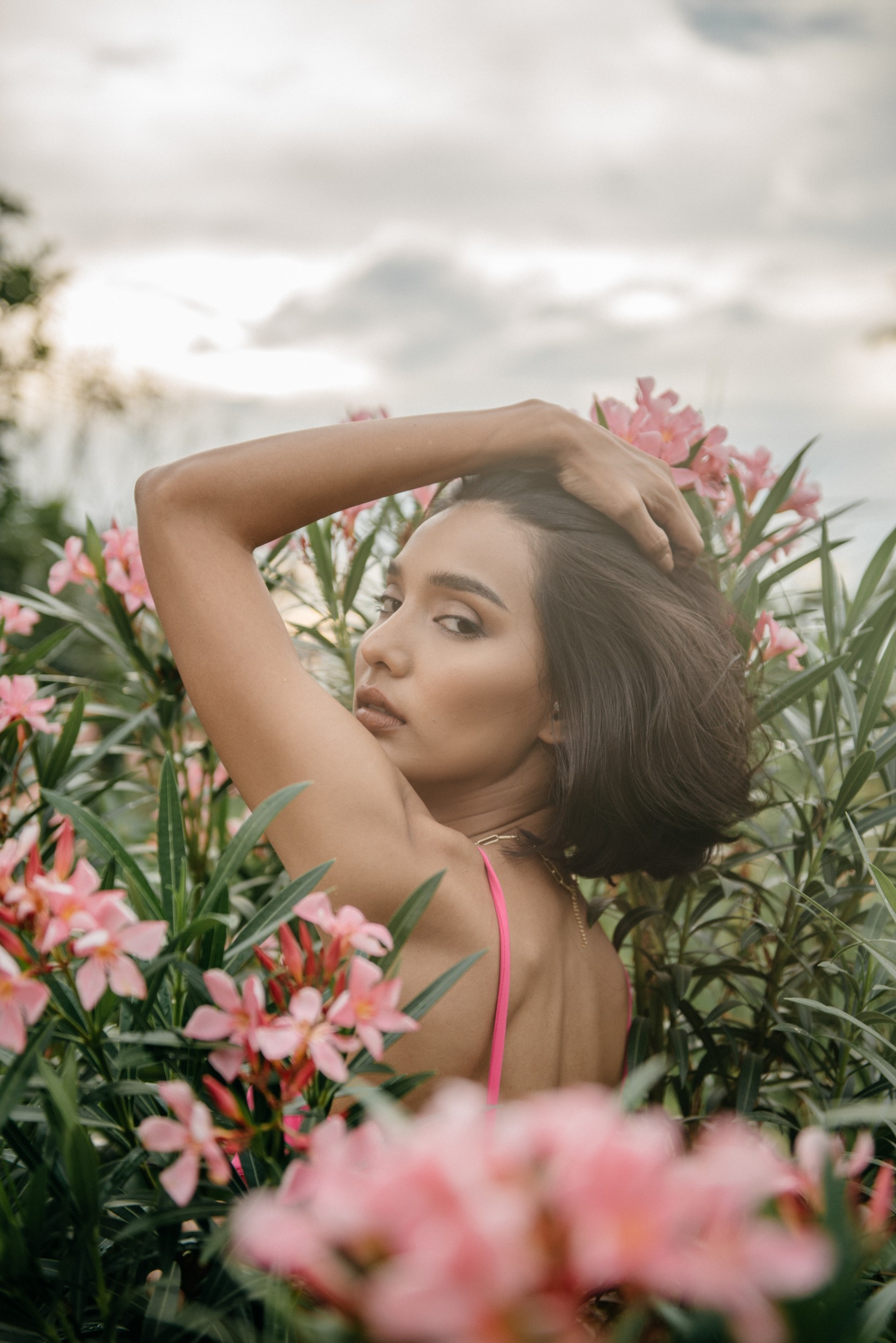 “I wanted to share with students the joys of nature that I had enjoyed as a child,” says Baitong. “It’s great to be a role model. I also decided that I must make use of every opportunity I get to spread my message about the environment.” That’s when she decided to use social media to spread her views on the environment on a larger scale. “Social media can be good or bad, depending on how you use it.”

Baitong started her Baan Baan Environment programme on Instagram where she gives simple lessons on nature, the environment and conservation. She is delighted that it has generated many followers, especially amongst a younger audience. “The main thing I try to stress is that everyone can do their part in improving the environment.”

Baitong dreams of starting an eco-living academy in Chumphon. “The idea is to live simply, run freely and enjoy one’s environment thoroughly.” After her recent Miss Earth title, she hopes to spread the word and get investors for the project.

“If people are talking so much about the environment now, it’s because they have finally realised that it’s going to affect them all if they don’t do something about it,” says Baitong; “Every individual has to take responsibility for the earth.”

While she appreciates conferences like the recent 2021 United Nations Climate Change Conference held in Glasgow, Baitong admits that one doesn’t need mega conferences, but rather small, individual initiatives. She admires climate activists like Greta Thunberg who reminds her of her own youth. “She’s full of anger like when I was young. But it’s not easy to change the world with anger. You need empathy, and you must understand all sides.”

As far as Baitong is concerned, it’s important “to find happiness, every day.” She confesses that it isn’t easy, especially while facing numerous personal crises like her father’s death and her mother and sister being diagnosed with cancer. But once again, she finds her strength and comfort from nature and her advocacy for it, proving that Baitong Jareerat Petsom, truly, is a woman of the Earth.